Much longer writeup and pictures coming (pictures are a much less convenient process with the Chromebook than the Mac), but the short story is that Malta is great. Valetta is beautiful and vibrant – imagine if Del Mar or La Jolla were 5000+ years old and included some huge stately walls and plazas. That’s Valetta. Clean, civilized and picturesque. More to come.

So far we’ve seen several cities in Malta – Valetta, Rabat, Mdina (not misspelled), and a 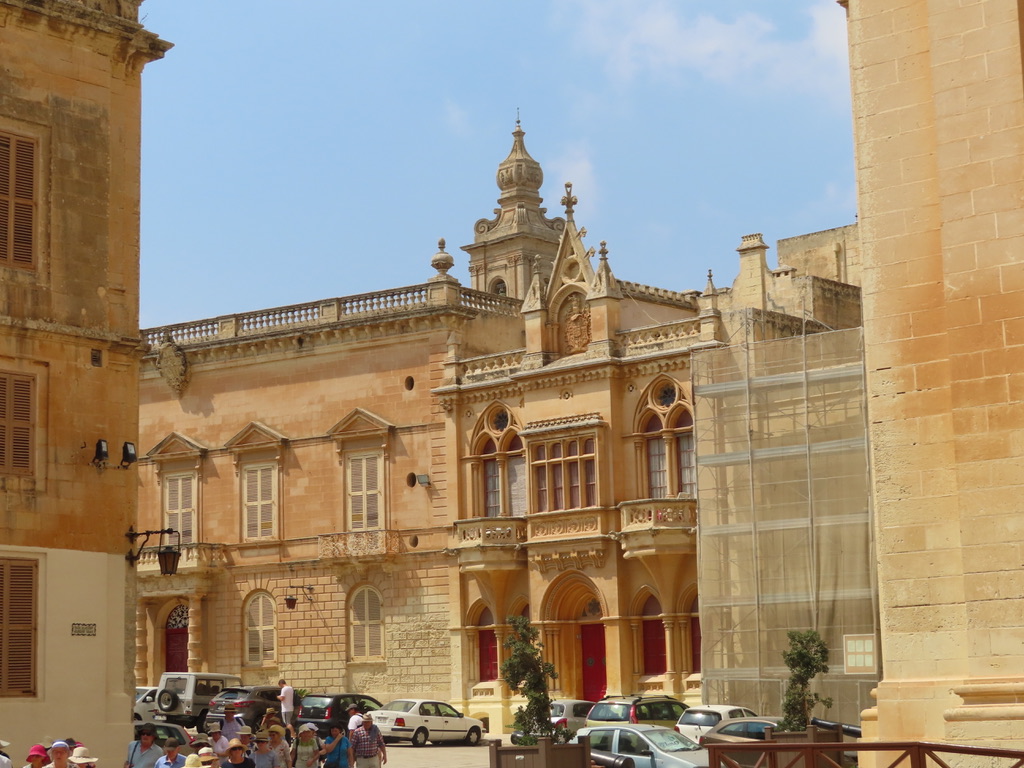 little bit of Sliema. Valetta is far and away our favorite, but Mdina was pretty nice too. Mdina, a fortress city totally encased in the beautiful Maltese yellow limestone, reminded us a lot of the French city Carcassone.

Maltese traffic is quite a bit better (dense but much less crazy) than Sicilian, but I’m still glad I’m not driving. Lots of compound roundabouts and driving on the left thanks to Malta being under the influence of the British Empire for many years. We’ve bought a weekly bus pass, and the buses are OK. Pretty crowded and the passage of choice for lots of Maltese people.

Our big day trip on the 29th was an excursion to the island of Comino and the famous Blue Lagoon. The destination was nice but crowded, and it wasn’t even a weekend. The Lagoon itself would have been spectacular in a less crowded, more unspoiled context, but with crowds of tourists (I know, we’re guilty) and lots of them jostling for a spot on the rocks and dropping cigarette butts everywhere (not guilty on this count), it wasn’t the experience we had hoped for. If we ever did it again we’d hire a more private boat, get there faster and have some say in where we disembarked to swim. 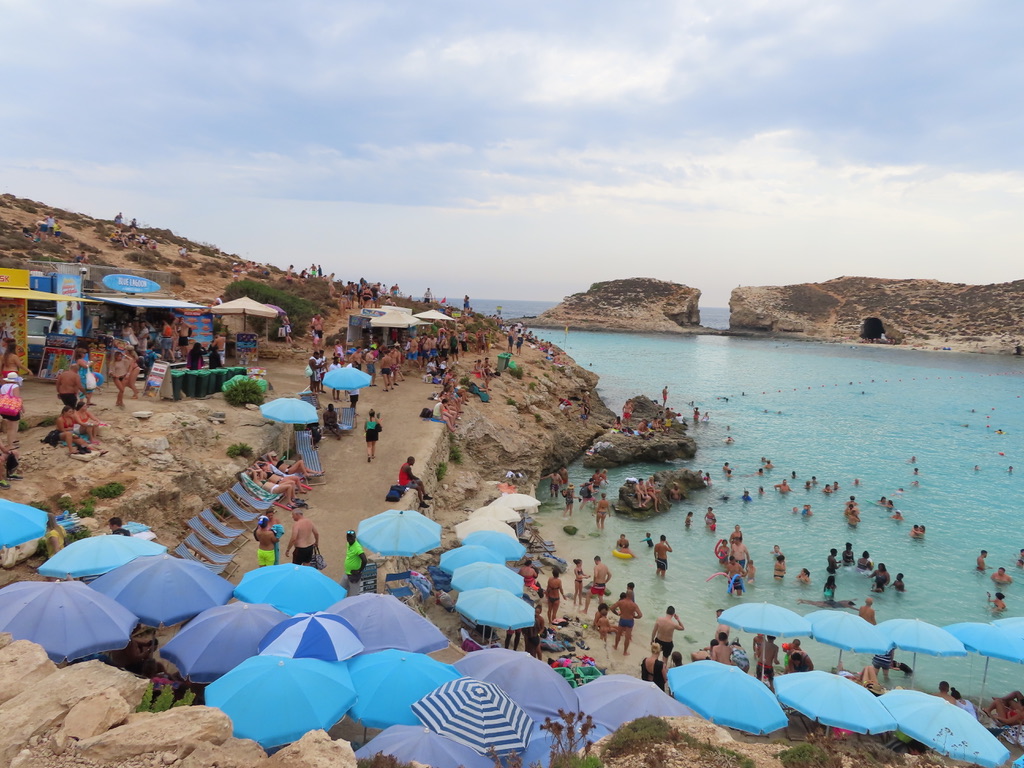 But after four days in Valetta we’re very happy with this part of our trip. There’s a lot to be said for getting settled into a place for a week or more, assuming the place is OK. And our boutique hotel, The Cumberland, is very comfortable. Might even be considered “posh”. Highly recommended.