First and foremost, my Dad. He has crossed the line from independent living to being quite dependent on care. It’s hard to see him so weak and so diminished, but I keep telling myself that everyone goes through this. As Jackson Browne says in For a Dancer, “…In the end, there is one dance we’ll do alone.”. That’s so true.

Congestive heart failure, pneumonia, prescription drug overuse and interactions, and very likely mild dementia (my suspicion, not a firm diagnosis) is a tough combination. He has periods now when he acts and feels pretty normal for an 84-year-old, and then other days when it’s not clear he’s going to make it. But his frailty has gotten to the point that he can’t live without daily care/support. So that’s what I’ve been working on, among other things. It’s humbling, but I’m glad I’m here to do it for him.

Next up, my own lurking mortality. I’m pretty healthy, but things are starting to break down. Overweight (fixable, though with difficulty), really bad knee (fixable, a little less difficult), and a sudden onset of hearing loss (not fixable and quite disconcerting). Compared to my dad’s problems these are nothing, but…I can see the trend, and it’s not good. And once again, everyone goes through this.

On the other end of the spectrum, there’s a lot to be thankful for and a lot to look forward to. Just spent the weekend with Em, Greg and Hudson and it was great. Hudson is an id-driven typical two-year-old. He switches from a holy terror to a sweet little boy in seconds. E&G are doing a great job with him. And he’s living, growing proof of how fast life goes by. (Picture below from this past spring.) 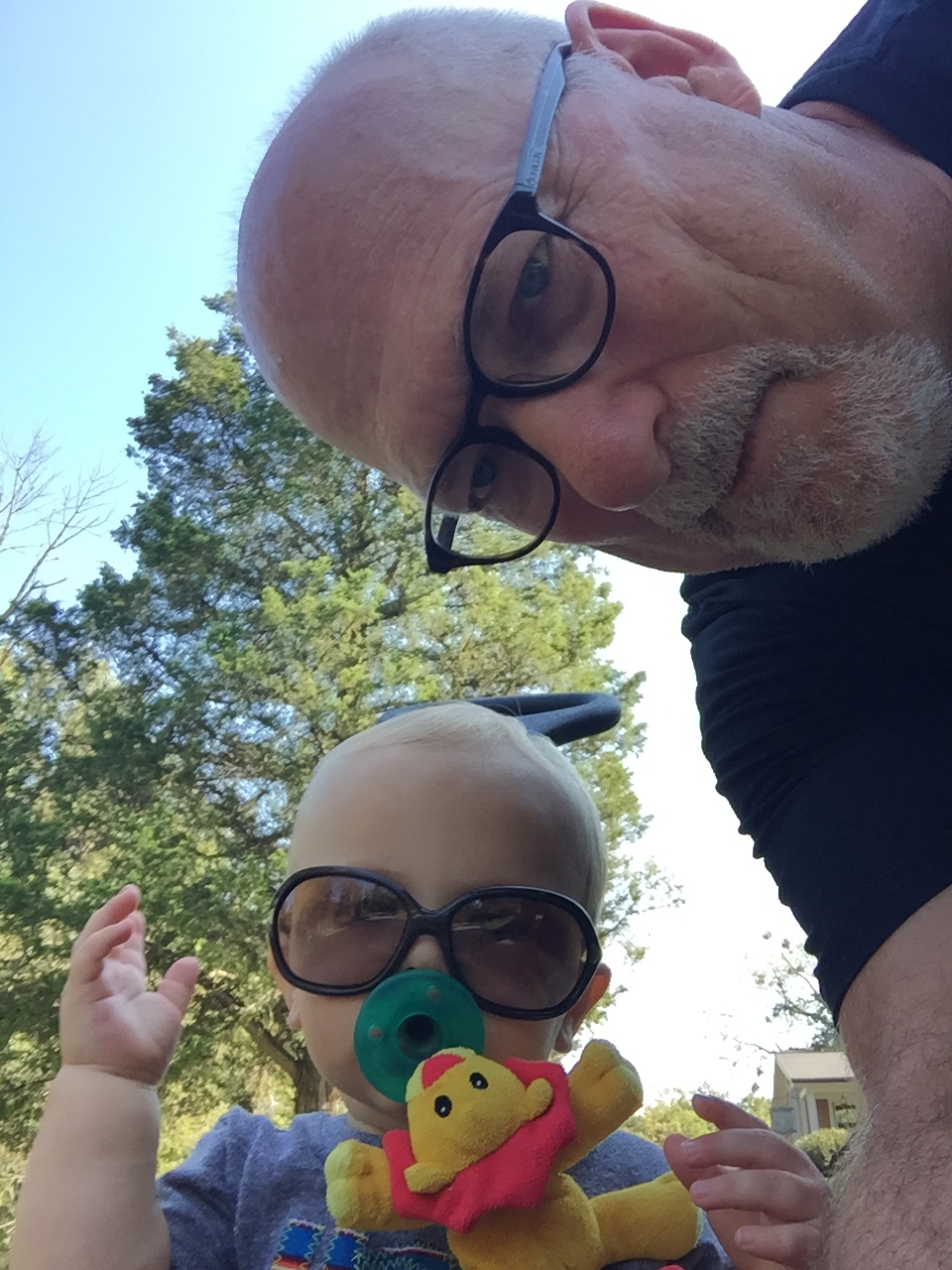 We had a fairly foody weekend in Louisville, as usual. I had a super Friday evening nosh at Louvino. Their mussels and duck fat fries are heavenly, and I found some good wine there as well. On Saturday we all enjoyed pizza from The Post, a new favorite in Germantown. Finally, on Sunday we went to the Logan Street Market and enjoyed the high-end street fare there.

More to be thankful for. Kathryn is back in Socal when I get home. Absence does make the heart grow fonder, and it’ll be great to get back to stability and comfort, rather than the living-from-a-suitcase transience I’m experiencing while helping Dad through his medical crisis.

Circling back to the fairly pompous title of this post, I am reminded on my long-ish drives through the wilds of KY that the meaning of it all is to be the best one can be and treasure the people you’re lucky enough to be around. I fail often, but I’m trying.